Opening of the Laboratory of RNA-Protein Interactions - Dioscuri Centre

The International Institute of Molecular and Cell Biology in Warsaw (IIMCB) invites to the Opening of the Laboratory of RNA-Protein Interactions - Dioscuri Centre. During the meeting, the topic of RNA-protein interactions will be introduced by Prof. Gracjan Michlewski, Head of the Dioscuri Centre at IIMCB and invited guests Prof. Juan Valcárcel from the Center for Genomic Regulation (CRG) in Barcelona and Prof. Krzysztof Sobczak from the Adam Mickiewicz University in Poznań.

The Official Opening will be held on September 30th, 2021 at 2 P.M., and we cordially invite you to watch a special Live Stream on YouTube or Facebook.

Dioscuri is a programme initiated by the Max Planck Society (MPG), jointly managed with the National Science Centre (NCN), and mutually funded by the Polish Ministry of Education and Science (MEiN) and the German Federal Ministry of Education and Research (BMBF). It supports the development of lighthouses of scientific excellence in Central and Eastern Europe by promoting outstanding researchers who want to conduct their research in this region. 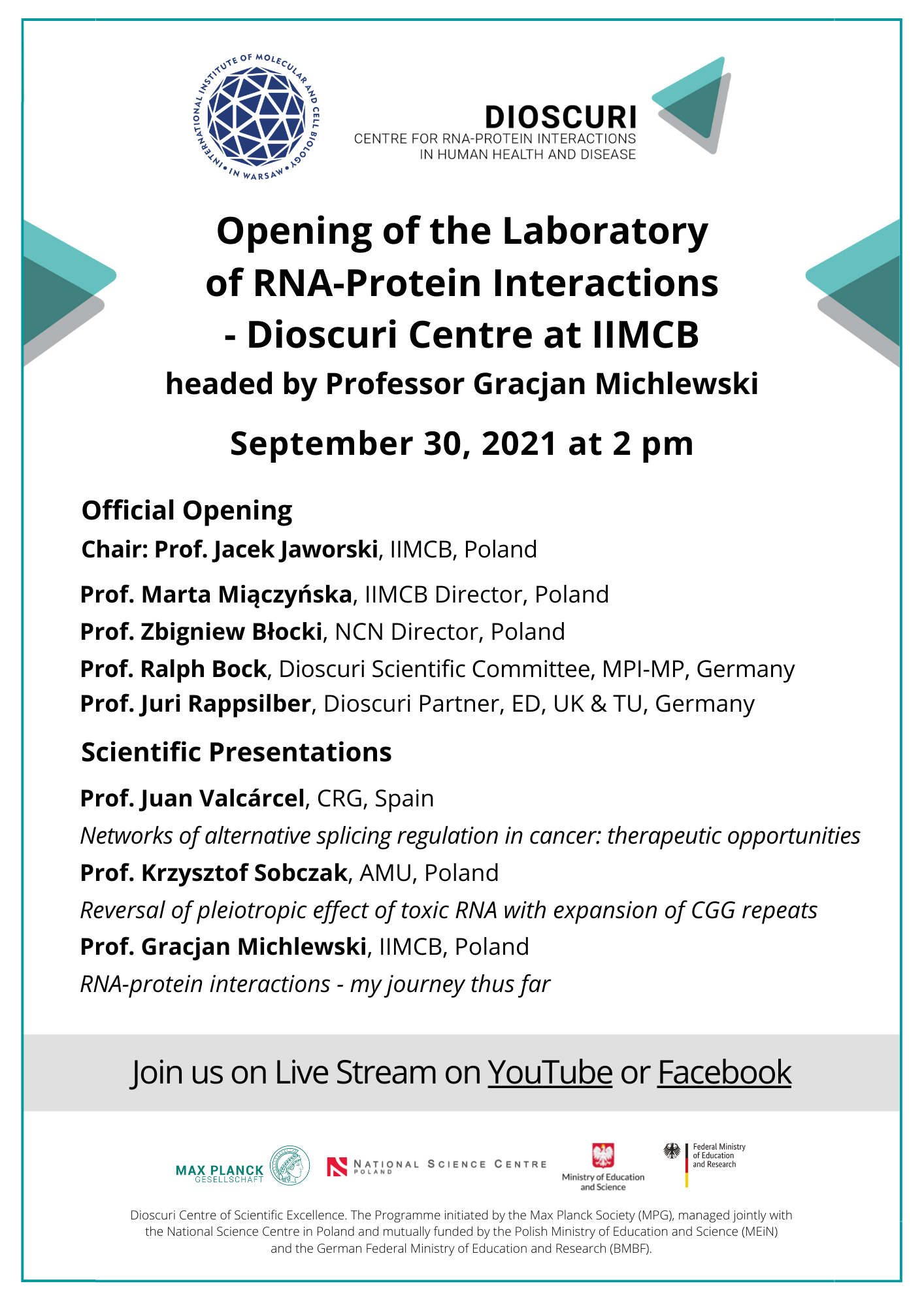