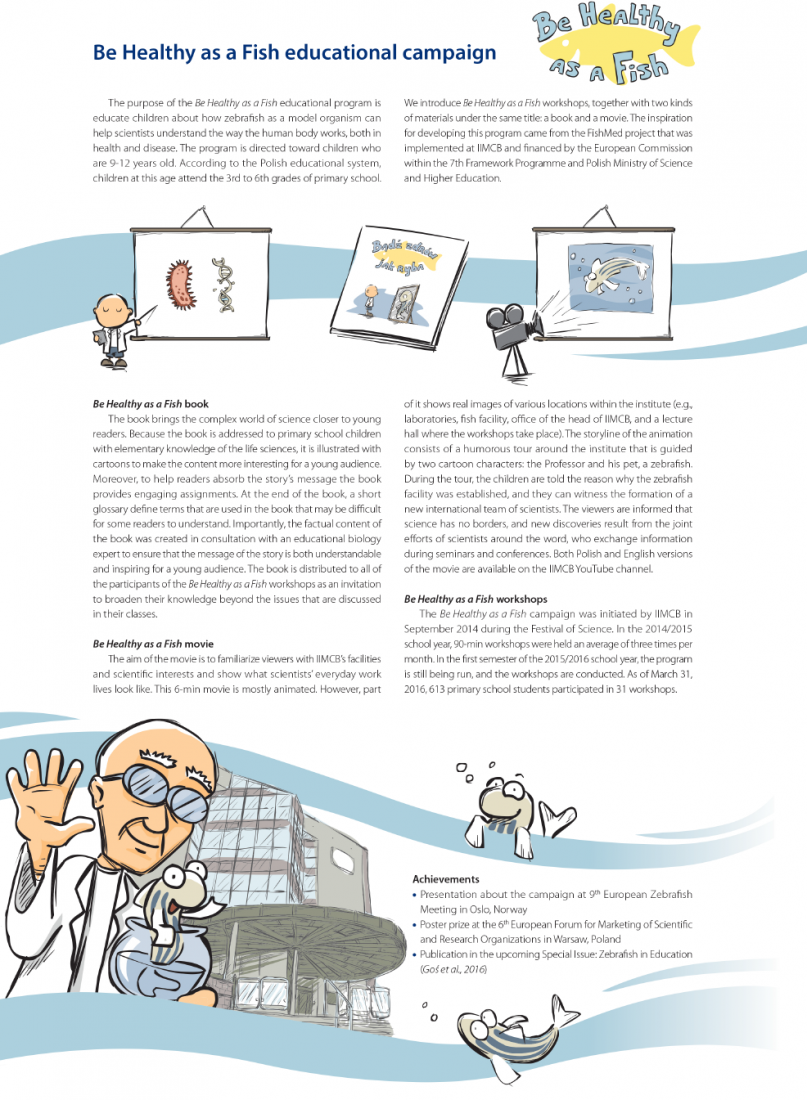 "Be Healthy as a Fish" movie 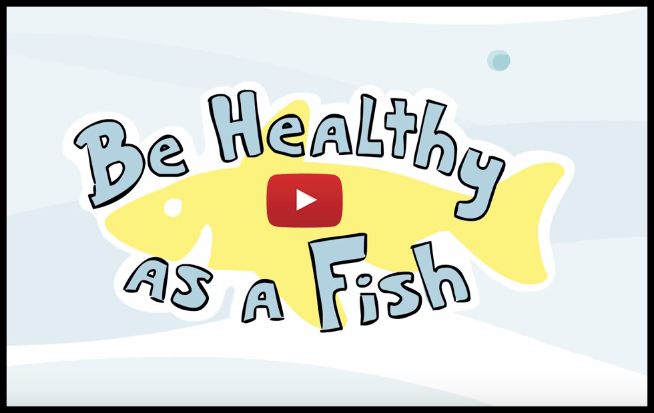 The aim of the movie is to familiarize viewers with IIMCB’s facilities and scientific interests and show what scientists' everyday work lives look like. This 6-min movie is mostly animated. However, part of it shows real images of various locations within the institute (e.g., laboratories, fish facility, office of the head of IIMCB, and a lecture hall where the workshops take place). The storyline of the animation consists of a humorous tour around the institute that is guided by two cartoon characters: the Professor and his pet, a zebrafish. During the tour, the children are told the reason why the zebrafish facility was established, and they can witness the formation of a new international team of scientists. The viewers are informed that science has no borders, and new discoveries result from the joint efforts of scientists around the word, who exchange information during seminars and conferences. Both Polish and English versions of the movie are available on the IIMCB YouTube channel.

"Be Healthy as a Fish" workshops

The Be Healthy as a Fish campaign was initiated by IIMCB in September 2014 during the Warsaw Science Festival. In the 2014/2015 school year, 90-min workshops were held an average of three times per month. In the first semester of the 2015/2016 school year, the program is still being run, and the workshops are conducted. As of September 30, 2016, 645 primary school students participated in 32 workshops.