Results of the international EPISTOP research 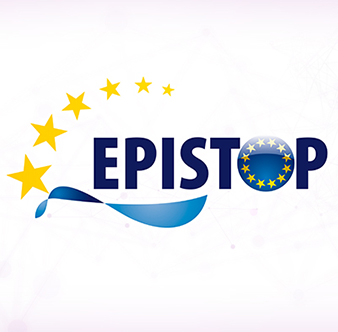 NEW MODEL FOR TREATMENT OF EPILEPSY AND PREVENTING ITS CONSEQUENCES

Results of the international EPISTOP research

One of the largest international scientific research programs on epilepsy has reached its end. The EPISTOP project, initiated and coordinated by the Polish scientific center - the Department of Neurology and Epileptology of the Children’s Memorial Health Institute - proved that preventive treatment decreased the risk and severity of epilepsy. The results of the EPISTOP research will be used to develop a new model roadmap of recommendations for the detection and treatment of epilepsy around the world.

EPISTOP is the first such project dedicated to epilepsy research, the results of which can significantly improve the quality of life of patients worldwide. It is global both geographically and by its nature. Poland, as a project’s leader, has been conducting research on early onset childhood epilepsy for years, which allowed us to better understand the pathophysiology of epilepsy and its consequences and to influence its treatment - says Project Coordinator at EPISTOP, Professor Sergiusz Jóźwiak from the Department of Neurology and Epileptology, the Children’s Memorial Health Institute and the Department of Child Neurology, Medical University of Warsaw.

Over 5 years of research in the EPISTOP project, not only thousands of results were created, but also terabytes of genetic, transcriptomic, proteomic and other data. Their analysis was conducted through advanced mathematical tools, including specially created artificial intelligence (AI) algorithms. It helped to calculate and compile statistics and to analyze medical data and monitor treatment. This is the first such use of artificial intelligence in epilepsy research and one of the few in medicine in general.

EPISTOP is the world's first international scientific research program to examine epilepsy from the stage of the first changes in the brain (even before seizures are recognized).

“Get ahead of epilepsy” and prevent its consequences

About 400,000 patients in Poland and 50 million worldwide suffer from epilepsy, which lists epilepsy as the most common neurological disease. If it begins in infants, it often interferes with development resulting in intellectual disability and/or autism spectrum disorder. Epilepsy-related developmental disorders, usually recognized in the second year of life, are often permanent and irreversible.

EPISTOP enabled the collection and analysis of unprecedented amounts of molecular data on a cohort of infants beginning at birth, the largest such analysis ever done. This large data set has led to identification of a number of molecular changes that occur as part of normal development, and in response to an epilepsy drug, vigabatrin. Differences were also identified in TSC infants with and without epilepsy. In addition, our analysis has suggested that some molecular changes occur during the development of epilepsy and may enable identification of predisposition to epilepsy development early enough to permit preventive treatment - describes Professor David J. Kwiatkowski (MD, PhD) from the Translational Medicine Division at the Brigham and Women's Hospital, leader of the part of the EPISTOP project dedicated to the analysis of molecular biomarkers.

101 children with tuberous sclerosis complex (TSC) were recruited for the project. They started the study before turning four months (before they had epileptic seizures). Each child was examined until the age of 2 years. All study participants underwent an EEG test every 4 weeks, and afterwards every 6 weeks, in order to detect epileptiform discharges before the occurrence of epileptic seizures.

The results of the EPISTOP research showed that young patients treated preventively are now mostly free of epileptic seizures. For half of the children it was possible to discontinue the treatment, and 80% has a development within the normal range. This is an enormous change if compared with the group treated after seizures, among which only 20% develop properly at pre-school age.

Our research has shown that it is possible to decrease the risk and the severity of epilepsy in infants by using EEG as a marker of the onset of epileptic changes in the brain. We have also identified a number of factors that indicate the risk of epilepsy and its adverse impact on the development of children up to the age of 2 years. Since the beginning of the program, many centers around the world have implemented regular EEG monitoring and try to apply preventive treatment in infants with tuberous sclerosis. We hope that the results of the international cooperation under the EPISTOP program will contribute to the development of a model roadmap of recommendations for the detection and treatment of epilepsy around the world, and thus help to "get ahead of epilepsy" and its consequences - Professor Sergiusz Jóźwiak concludes.